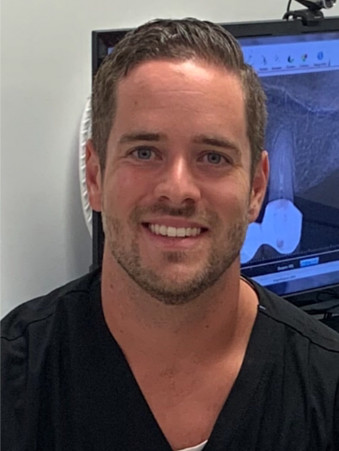 Dr. David Cordero attended Muhlenberg College in Allentown, Pennsylvania for his undergraduate studies where he received his bachelor’s degree in Neuroscience with a minor in Spanish Literature.  After completing college, he was accepted to the University of Medicine and Dentistry of New Jersey where he received his Doctorate of Dental Medicine. Dr. Cordero elected to complete advanced training in General Dentistry at the Philadelphia VA Hospital where he had the honor of treating our nation’s veterans. After practicing General Dentistry for 2 years in private practice as well as practicing as an attending at the Philadelphia VA, Dr. Cordero decided to pursue his passion of endodontics at NYU Langone. Dr. Cordero completed his Endodontics Residency July 2021 after serving as Chief Resident during his second year.

In 2015, The Academy of General Dentistry selected Dr. Cordero to be one of four student ambassadors for a national leadership conference, helping him hone his communication skills to better educate his patients on their oral health.  During his Endodontics Residency, Dr. Cordero has attended local and national meetings to continue his learning of the most current techniques in his field.  Learning and remaining up-to-date with the newest techniques and technology has always been a important aspect of dentistry for Dr. Cordero, inspiring him to jumpstart his pursuit of continue education even prior to finishing formal education.

Dr. Cordero’s upbringing within the world of dentistry has helped inspire him from day one, coming from a family of dentist and dental professionals. His father is a general dentist, his oldest sister is a pediatric dentist, and his youngest sister works as a lab technician at a dental residency.  With this environment, Dr. Cordero has been able to emerge into his profession with confidence and a never ending desire to treat his patients like family.

When not in the office, Dr. Cordero is an avid surfer, hiker, and traveler.